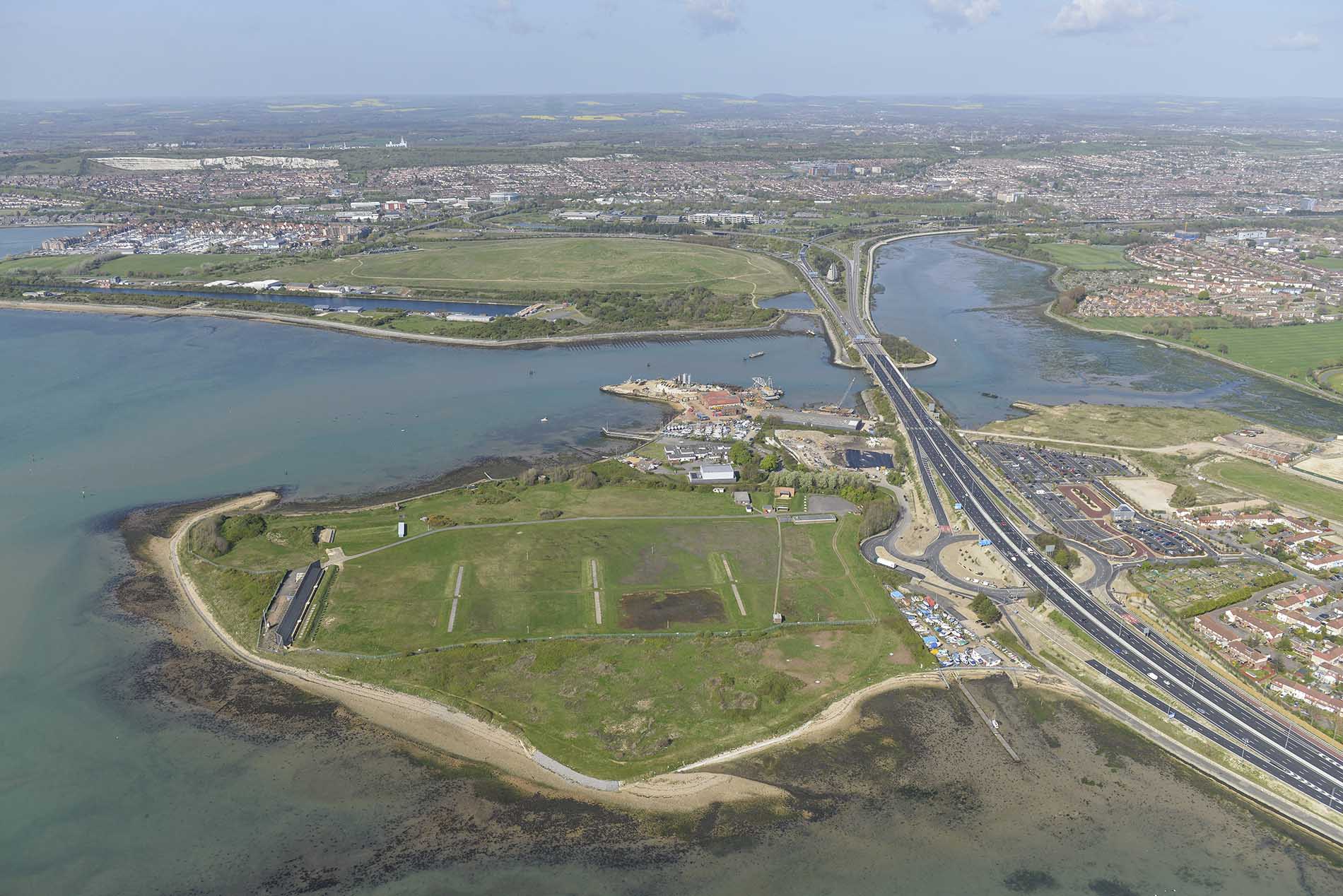 Tipner West is a once-in-a-generation opportunity. A unique site where land meets sea, roadway meets waterway. A gateway into experiencing and understanding our city, for generations of people to come.
It follows that Tipner West also inspires a unique responsibility, to anticipate and answer the future needs of Portsmouth and its people.

Here, we have the chance to look beyond the horizon and pioneer a new way of living and working that is dedicated to the long-term flourishing of communities and the world we share. Plans for Tipner West have taken an exciting leap forward. Following careful consideration, we have devised a concept with architects Gensler with four key benefits that make up this exciting opportunity.

Tipner West’s 1 million sq ft marine employment campus will ensure the UK’s position as a leader in the industry. Complete with R&D labs and makerspaces, Tipner West will kickstart, nurture and grow businesses, providing new jobs, skills and education opportunities, and economic resilience for Portsmouth. Innovation is critical to not only secure national dominance in this sector but originate solutions in a changing world. The case for a marine employment hub at Tipner West is crystal clear. The unique combination of deep water, excellent transport access and strategic position in the Solent marks this out as the industry’s favoured spot to support growth — growth that it is critical we capture here in Portsmouth 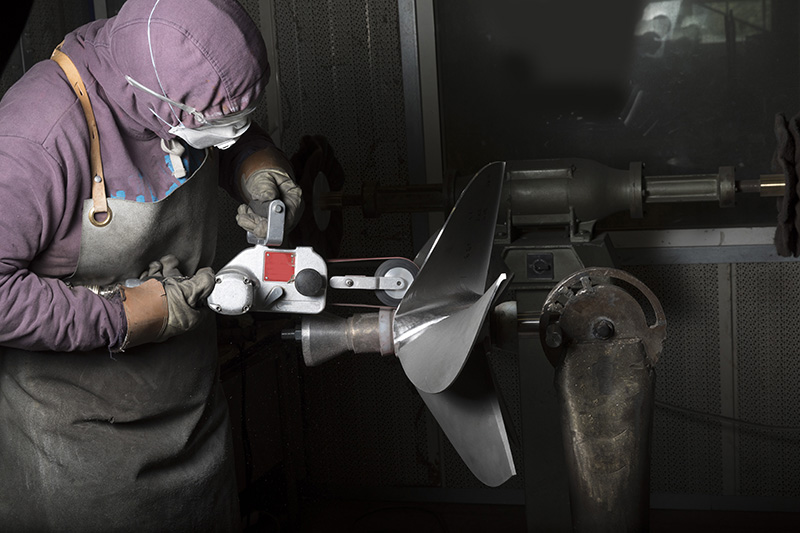 New homes, it's the right thing to do

Tipner West will provide more than 4,000 new homes, just shy of a quarter of Portsmouth’s 2036 goal. But these aren’t just any homes. They will offer people ways to live sustainably, from construction methods to clean energy, all within the nature and beauty of the harbour. Tipner West will build homes that the people of Portsmouth can afford, as well as the 41,000 highly-skilled workers who come and leave the city every day.
People are thinking hard about the environment they want to live in, and the impact their home has on the world and other people. The next generation of people looking for homes want to live healthily, happily and ethically.
Surrounded by water yet directly connected to the M275, Tipner West is a site with 140 acres and a strategic visual and economic gateway into Portsmouth. 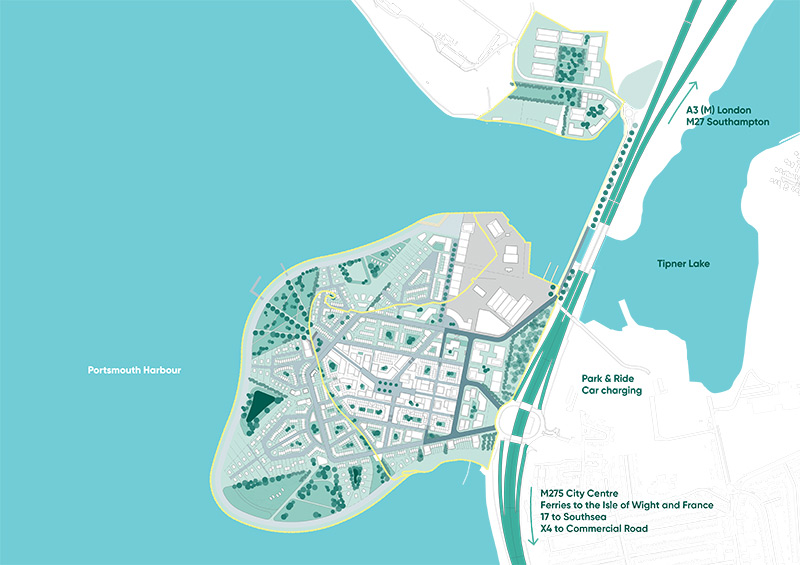 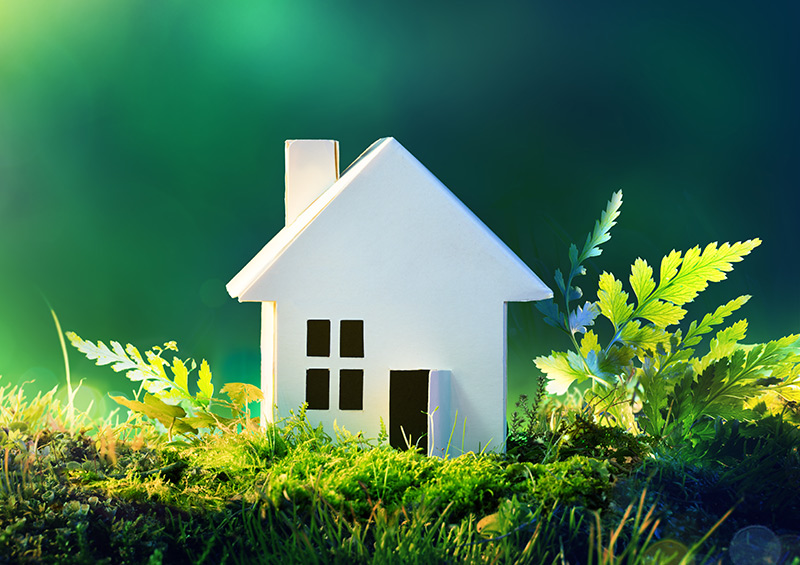 Community it's only natural

A future without cars and kerbs

Tipner West will be a new benchmark in people-based design, with a community that’s a joy for everyone — completely accessible, safe, smart, and beautifully designed. That’s why Tipner West will be designed for
a future without cars and kerbs. Instead, people will be connected to each other by public gardens, the water and pedestrianised squares for eating and dining.
A sense of community is a modern imperative. We have a responsibility to counteract loneliness and anxiety by helping people feel connected, empowered, and a sense of belonging. We have the chance to lead nationally by creating connected and caring new communities. Meanwhile, technology is providing tantalising solutions to our petrol addiction and cities are turning streets into playgrounds. 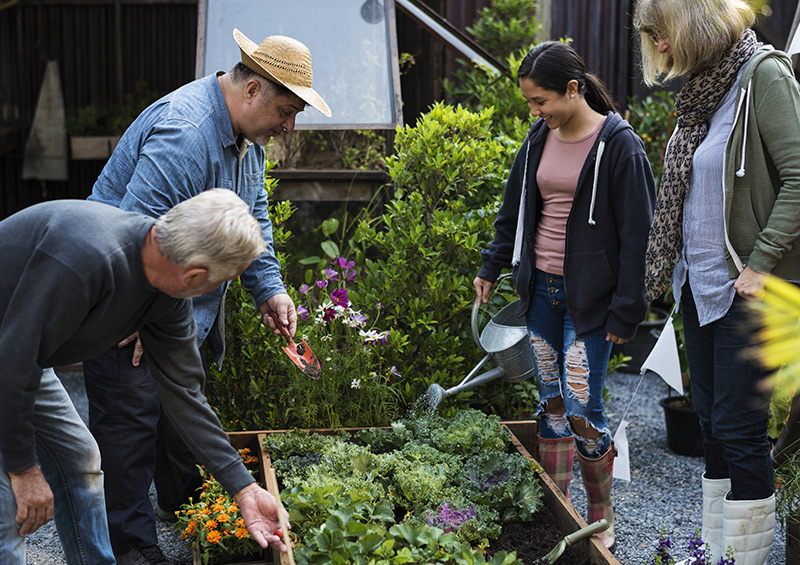 Flying the flag for progressive Portsmouth

A global beacon for Portsmouth

Tipner West will be a destination for leisure and a beacon for Portsmouth on the international stage. We have the opportunity to directly influence and overcome some of the biggest issues facing modern cities. Tipner West will show a different way of creating new places — places that flourish equally as drivers of economic success as well as powerful centres of societal good.
This is Portsmouth’s time. We need to build on our growing reputation for leisure and capitalise on our excellently skilled workforce. We require places for experimentation, to try out new ways of living and working. As a city we have the capability and spirit of adventure to achieve great advances.

Why is Portsmouth City Council delivering a programme to develop the area of Tipner West? 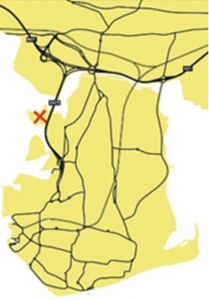 The site currently known as ‘Tipner West’ is located at the North of the city with direct motorway access, as such, it is uniquely placed in a strategic location which will help to meet the city’s employment and housing needs.

Portsmouth is the second most densely populated city in the UK and Tipner West is the largest area of undeveloped land within the city.

Central government, taking into account future population and household growth estimates, has set a housing target for Portsmouth of 18,000 new homes to be delivered by 2030.

Through the Government’s City deal Programme in 2013, Portsmouth City Council has secured £48.75 million to help enable development at Tipner West.

How many homes will be built?

The current concept masterplan accounts for circa 4000 homes, of which 30 % will be affordable homes. This will include a mix of both houses and apartments in a range of sizes.

How many people will live in Tipner West?

The current concept masterplan assumes between 8,000 and 10,000 residents.

How many jobs will be created?

The current economic research forecasts the creation of:

What are the design foundations?

What are the top aspirations of Tipner West?

What is the timeline for the development?

How long it will take to complete the development at Tipner West?

What will be built out first?

This detail is due to be developed over the coming months.  It is likely that the bridge and podium deck (as it is due to contain site plant and logistics) would be in the early phases.

Other elements of the scheme will be brought forward in subsequent Phases to include commercial uses, residential uses, and open space

How will the site be accessed?

How can people live without a car without proper public transport accessibility or proximity to trains?

It is critical we connect Tipner West through land and sea to reduce journey times and make ‘car free living’ a desirable option.

How Portsmouth City Council will reduce the environmental impact of the development?

The entire development is committed to ensuring any environmental impacts can be mitigated appropriately. The future residents of Tipner West will demand that we look at development and the environment in a completely different way.  We are working with professionals across every sector to ensure we address the climate change emergency and incorporate new technologies and solutions across the entirety of this development.

What is marine employment and why is important to the city?

Tipner West development is a unique and incredible opportunity to optimise the potential of the marine sector into the city, by creating high quality marine employment, with modern technology at the forefront. This will enable Portsmouth to become a market leader within a highly specialist and profitable industry.

The Marine Industry and Marine Business Services are considered the core opportunity sectors at Tipner West.

Some of the opportunities of this sector are shown in the table below.

Who will be directly affected during construction?

Residents in the closely surrounding areas should not be directly affected by the development at Tipner West during the construction period. However, we will be extensively engaging with and supporting any affected stakeholders

How much land reclamation is required?

Circa 27 hectares of land reclamation is required.

How much will the entire project cost?

The project is expected to cost £1.7 billion, which will be funded through the City Deal and various other external funding opportunities

Who owns the land?

Who is currently working with PCC on this project?

What are is PCC doing to account for the significant environmental impact on the SPA, SSI and RAMSAR?

Are you an industry professional looking to engage with us?

Please get in touch with us here
We use cookies to ensure that we give you the best experience on our website. If you continue to use this site we will assume that you are happy with it.Ok